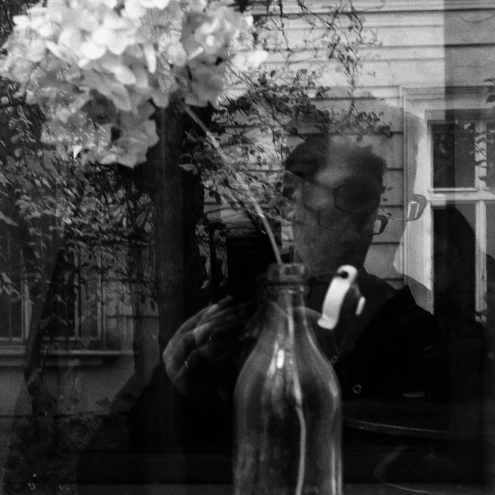 Pascal Moreaux is a Belgian photographer. Born in 1966, he studied advertising photography in the 80’s at the Institut Félicien Rops in Namur. Attracted at first by Fashion photography, he quickly lost interest after an internship in that field. Later on he studied to become a social worker and worked in social commitment for 20 years. His vision of the world being transformed, he was always more interested in the human condition and continued to photograph during his travels abroad. Portugal, Italy and Ireland are the countries he particularly likes. Three exhibitions will show his interest for cityscape photography  but portrait will remain his favourite.

In 1989, he took several portraits of Miguel Torga, which will be published in the photo biography of the Portuguese writer.

Having studied oriental philosophy for a long time, contemplative photography became his main interest. He sees photographic work like a meditation, in action. He dreams about Japan, a country of major influence, aesthetically and spiritually.

Getting older and a bit less shy, street photography became another frequent occupation and the more he photographs people, the more he likes them.